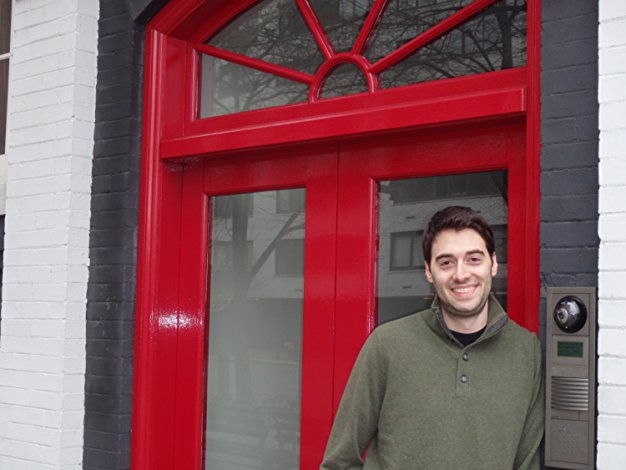 Charles Curtis is a writer, editor, journalist, author and video personality based in New York City. He has reported and written for publications including USA TODAY’s For The Win, where he is currently the assistant managing editor,  ESPN.com, ESPN the Magazine, NJ.com. Bleacher Report, The Daily, TV Guide and Entertainment Weekly. Charles has written about the NFL, MLB, NHL, NBA, golf, tennis and NASCAR. He has also written about television, film and pop culture.

In addition, Curtis has written, produced and was featured in videos for For The Win, ESPN.com and The Daily, as well as hosted and starred in podcasts. He has made radio and television appearances on NPR’s Morning Edition, SNY’s New York Emmy-winning original cable series “Oh Yeah” and FOX 5 News.

Curtis’s middle-grade sports/fantasy series Weirdo Academy, was published by Month9Books. The first book (The Accidental Quarterback) and second (The Impossible Pitcher) are both available.

He can be reached on email at charlescurtis82 at yahoo.com or on Twitter: @bycharlescurtis.

Being a virtual NBA fan inside the bubble is a taste of normalcy in a year when we need it (August 19, 2020) — What it was like being an NBA fan watching with other die-hards virtually.

Inside ESPN’s new ‘Around The Horn’ studio with Tony Reali, the man who keeps it all together (January 10, 2019) — Behind the scenes at one of the Worldwide Leader’s popular debate shows.

‘The Good Place’ creator breaks down how sports jokes on his shows are funny for everyone (September 27, 2018) — An interview with Mike Schur.

The NYC subway passenger who pushed LeBron James’ phone away tells his side of the story (November 13, 2017) — Tracking down a viral star for an exclusive.

Meet the man who gave Obama 12 stitches during a heated basketball game (January 19, 2017) – An interview with Rey Decerega about that fateful day.

Just how good was President Obama at basketball? (January 19, 2017) – A complete analysis including a scouting report from ex-Secretary of Education Arne Duncan.

Dale Earnhardt Jr. on coming back from latest injury scare: ‘I love the competition and racing enough to take that risk’ (October 30, 2016) – The NASCAR driver talks about returning from another head injury.

Kenny Smith: Rockets talked about the O.J. Simpson car chase in the middle of the 1994 NBA Finals (October 18, 2016) – Breaking a little bit of decades-old news from a TNT luncheon.

Chattanooga’s 220-pound kicker on hearing trash talk from fans and how to shut them up (October 10, 2016) – Looking closer at what life is like for a heavier kicker.

ESPN.com and ESPN The Magazine

How good was Jason Sudeikis at hoops? (February 15, 2013) – An interview with the “Saturday Night Live” star about his skills as a high school point guard.

Redfoo of LMFAO talks tennis, Azarenka (January 31, 2013) – The singer/DJ/rapper discussed his passion for tennis and even gave a cameo to his girlfriend, Victoria Azarenka.

Jonathan Lipnicki on MMA and Tom Cruise (October 17, 2012) – The “Jerry Maguire” actor talked about his passion for mixed martial arts.

How good was Joel McHale at football? (August 30, 2012) – An interview with the “Community” star and “The Soup” host and his former University of Washington teammates about his days as a scout team tight end.

Any Given Monday/The Last Drop (December 14, 2010) – Two NFL department pieces. One is on Victory Mondays in the NFL and the other is an interview with Miles Austin on how he recovers from dropped passes.

A Fresh Cut (January 25, 2010) – A piece on how the PGA Tour’s new rules about grooves on irons will change the sport.

30 Years Later: An Oral HIstory of the NBA’s First Slam Dunk Contest (February 13, 2014) – A Bleacher Report piece focused on the 1984 contest through the words of many of its participants and the masterminds behind it.

‘He’s my father’: How awed Mike Francesa fans reacted to meeting him at FrancesaCon 2 (January 24, 2015) – A look at the event celebrating the WFAN host.

Willie Randolph Q&A: On taunting Yankees’ Derek Jeter and the midnight Mets firing (May 9, 2014) – An interview with the former Mets manager and Yankees second baseman.

Ex-Giants and Jets DE Leonard Marshall diagnosed with signs of CTE: ‘I’d like NFL to admit they were guilty’ (November 7, 2013) – An interview with the former NFL defensive end.

Top NJ attorney says Antrel Rolle ‘should be disciplined’ by Giants for bullying comments (November 5, 2013) – A lawyer reacted to Rolle’s take on the Richie Incognito situation with the Dolphins.

Radio ‘roid rage: Mike Francesa and Daily News’ Michael O’Keeffe go toe-to-toe over A-Rod, but who won? (October 25, 2013) – A blow-by-blow account of a battle on the airwaves.

Ex-NFL referee: It would be ‘awfully tough’ to make penalty call in Jets-Patriots game (October 21, 2013) – An interview with former NFL head linesman Terry Gierke about a controversial call made in a Jets win.

Rangers forward Benn Ferriero draws praise from John Tortorella and teammates (January 28, 2013) – A look at a player on the Rangers trying to stay with the team after being called up.

Rangers season preview: Will the Rangers live up to high expectations? (January 18, 2013) – A look at the New York Rangers as they get set to begin the 2013 season.

The Reign Makers (September 2010) — A story on the NFL’s best general managers and how they keep their teams winning year after year.

If These Walls Could Talk (Winter, 2009) — A feature for TV Guide’s “Law & Order” special issue on the secrets of the show’s sets.

A Runway Model’s Tragic Tale (September 25, 2006) — Jia Santos, a model on “Project Runway,” talks about her comeback from a horrifying accident. 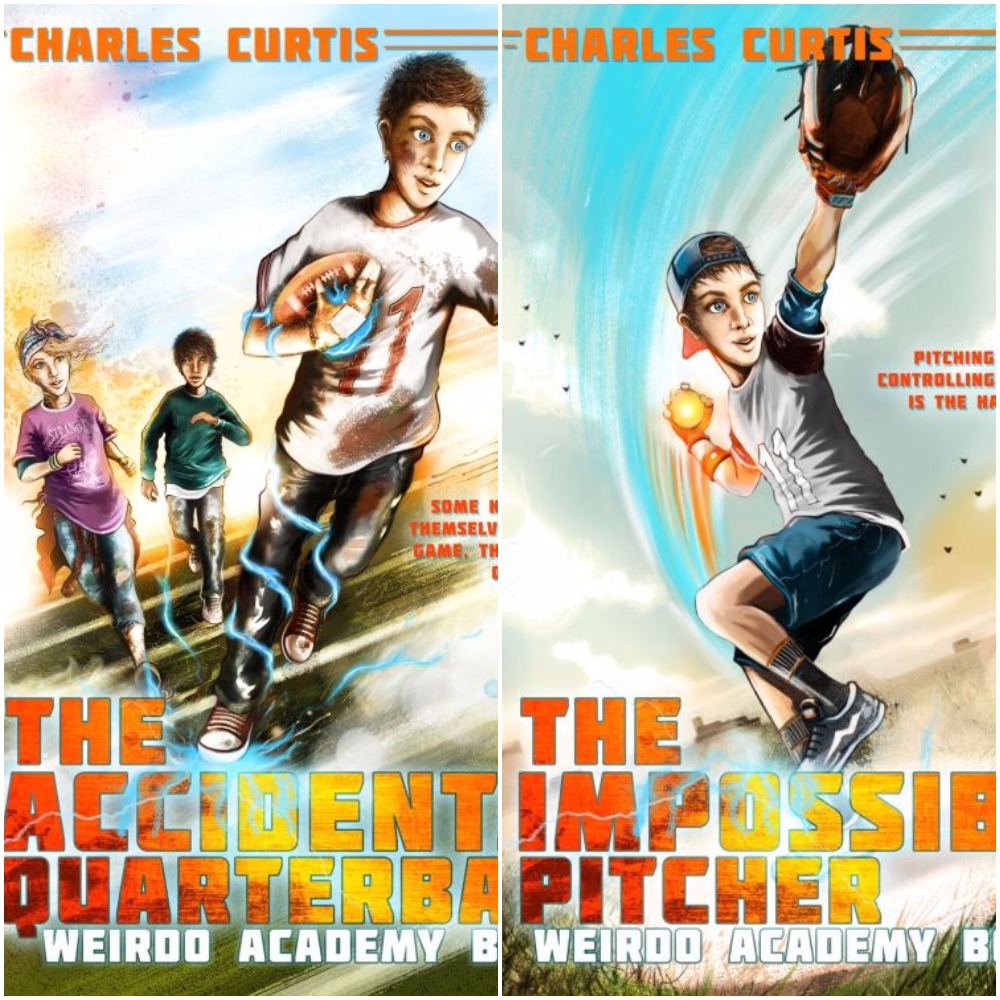 “The only thing stranger than Weirdo Academy are the kids sitting next to you in class. Meet the next generation of mutant superheroes.  When you attend this school, you’re signing up for a whirlwind of mystery and mayhem.  This story captures both the turbulence and confusion of being 13, and dealing with superhuman powers … a wicked combination.  Weirdo Academy certainly lives up to its name.” – DJ MacHale, author of Pendragon and The SYLO Chronicles

“High energy, high-cool adventure! If only all schools were this strange and exciting — but how many of us would survive?” – Greg Bear, Hugo- and Nebula-award winning author of Moving Mars and Darwin’s Radio